“…very good at defining the musicians in a specific space; in other words, imaging is first class for such a reasonably priced cable.” – Jason Kennedy

Non-shielded, classic Kimber Kable three wire braided copper interconnect will deliver deep, holographic imaging. Timbre’s has a great ability to pop a central performer forward in the soundstage with clean and clear separation of instruments. Get a glimpse past the what and into the “why” on all your favorite albums.

The word ‘timbre’ means the natural distinguishing sound of a musical instrument. They think it’s the perfect name for a cable that will let you hear the true sound of your recordings! It uses the legendary woven geometry and benefits from their highest purity VariStrand™ copper and fluorocarbon dielectric insulation. This all adds up to a level of performance that can compete with other far more expensive offerings on the market –it won’t disgrace itself even in higher end systems. 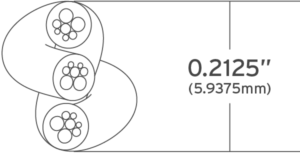 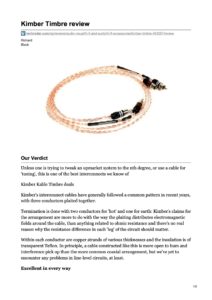